For the 4th successive year, Symondsbury year 4 have quiaified for the Dorset School game finals at Bryanston School with the tri-golf. This is a massive achievement again and congratulations to Mrs McAlister again for getting them there. 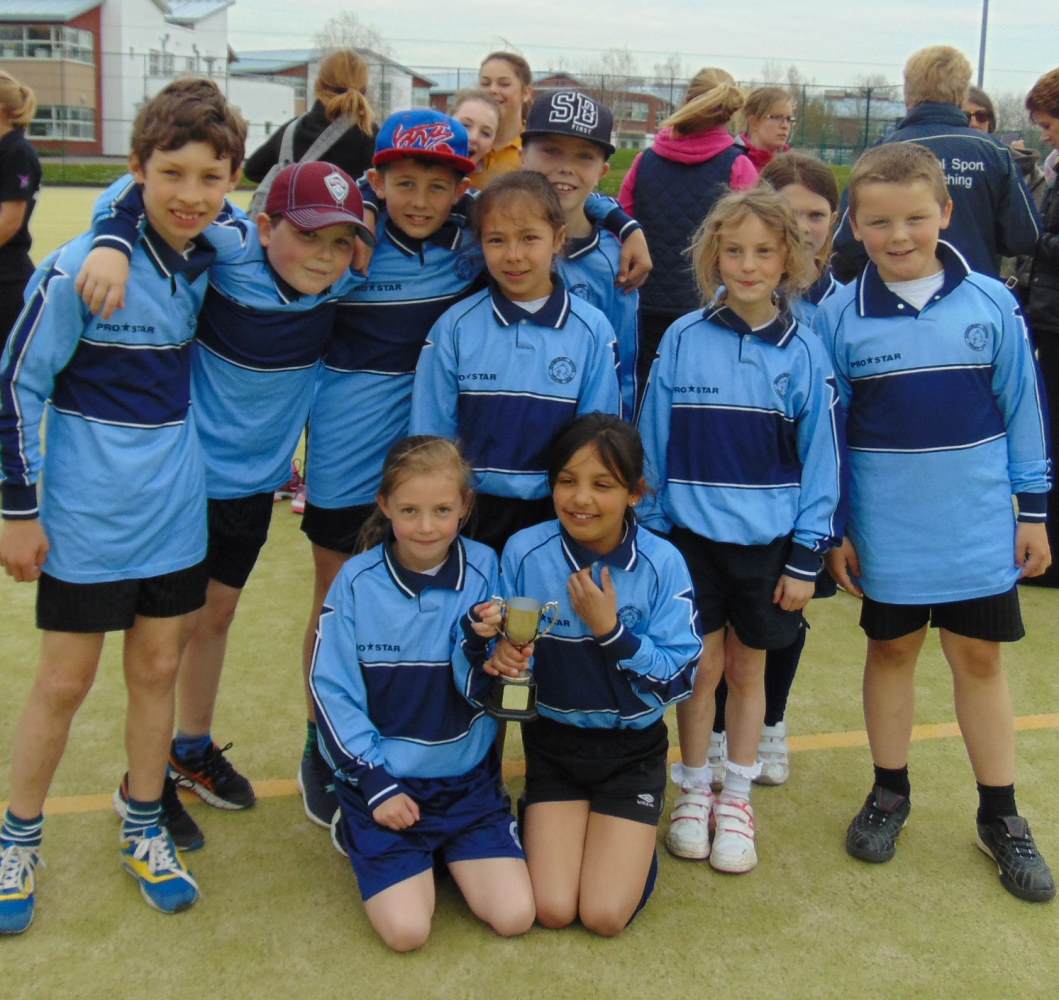 Our fabulous tag rugby squad took to Bridport Rugby Club on Saturday (5th) in freezing, chilly conditions to play in a tag rugby tournament. They played extremely because most of them had never played a tag rugby match before. We narrowly lost our first game, won our second and fell behind and lost our final game. All players made excellent improvements as the tournament went on. Not only as players, but as a team. 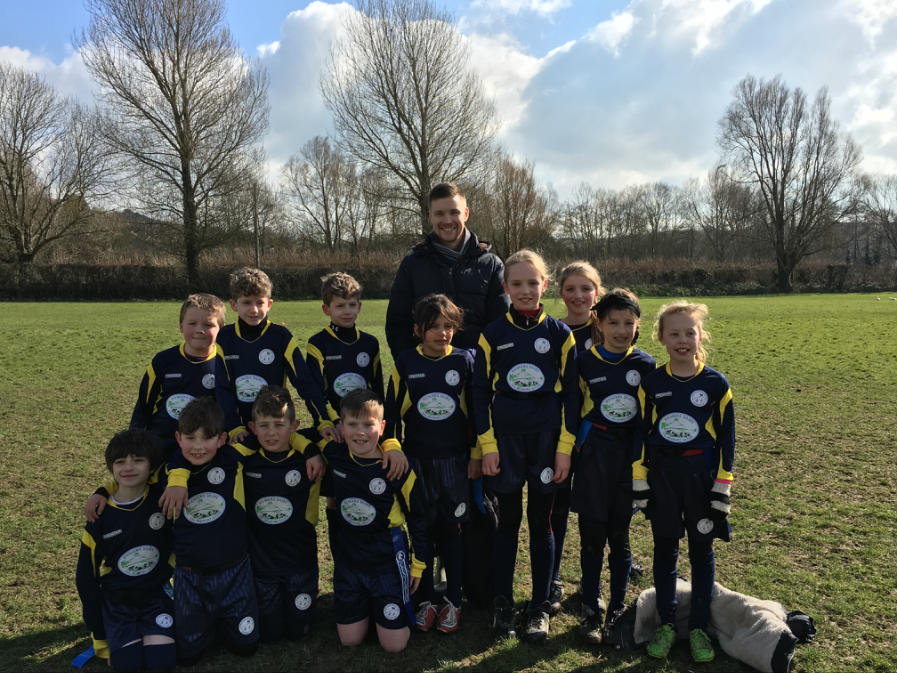 We played our first game in the Kenway Cup this year. We have been training a brand new team to face the cluster schools around Bridport. Our first outing was a home match against St Catherine's. 5 of the Symondsbury team had never played a football match before. What a game it was! Everyone played their socks off in uneasy conditions. Special shout out to Henry Jolliffe who becuase of his excellent goal keeping is now being scouted by Bridport FC Youth (in his first ever match!) The result sadly did not go our way! However, Mrs Roberts and I could not be prouder of the team. A big thank you to class 4 for coming and supporting us. It really helped!

Our final Kenway Cup game of the year was against Burton Bradstock. This was the teams best performance. We narrowly lost 4-1. The biggest achievement was our first goal scored by Vicky Zajac! What a goal it was! A big well done to everyone that took part again! 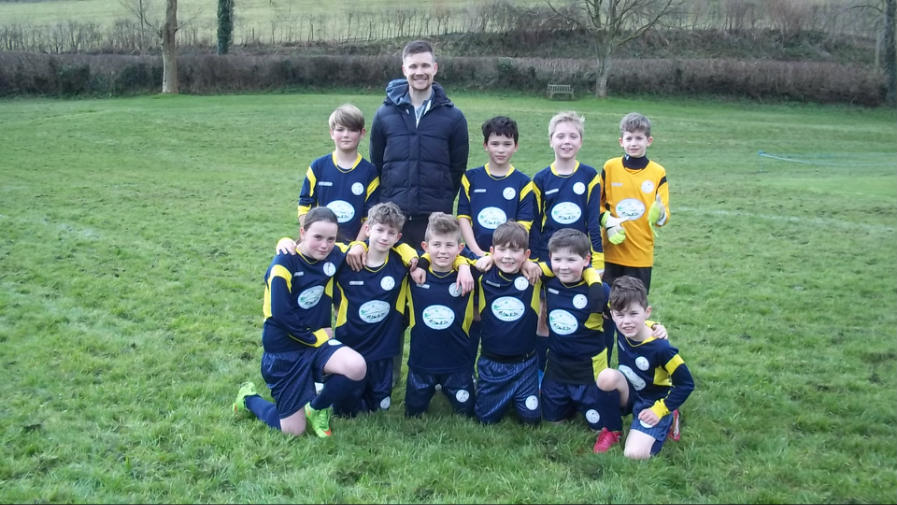 For our final outing this year, it was the relay races at Colfox. Two boys and two girls make a team. We took four teams along. We did amazingly well again! We managed to come 2nd in both the 'A' cup and the 'B' cup also. All runners found this one particularly hard as there was a lot of thinking and pacing themselves in this race.

Overall, we have had another very a successful cross country season. I'm especially excited as 7 of my team this year were from years 3/4. There's a few more years left of them!

Well the runners have done it again! I could not be prouder of my team. All 16 runners did superb in very wet and boggy conditions at Beaminster school. Overall, there were 69 boys taking part and 57 girls all from the local schools around the area. Congratulations to our girls again who managed to win not only the 'A' team cup but also the 'B' team cup as well. Meaning our 8 girls were the fastest in the area. Special mention to Anise who came 1st (again) and Loveday who came 3rd. In the boys race, congratulations to Alex who finished 8th.The boys 'A' team came 4th overall. Looks like I had better start building a bigger trophy cabinet. 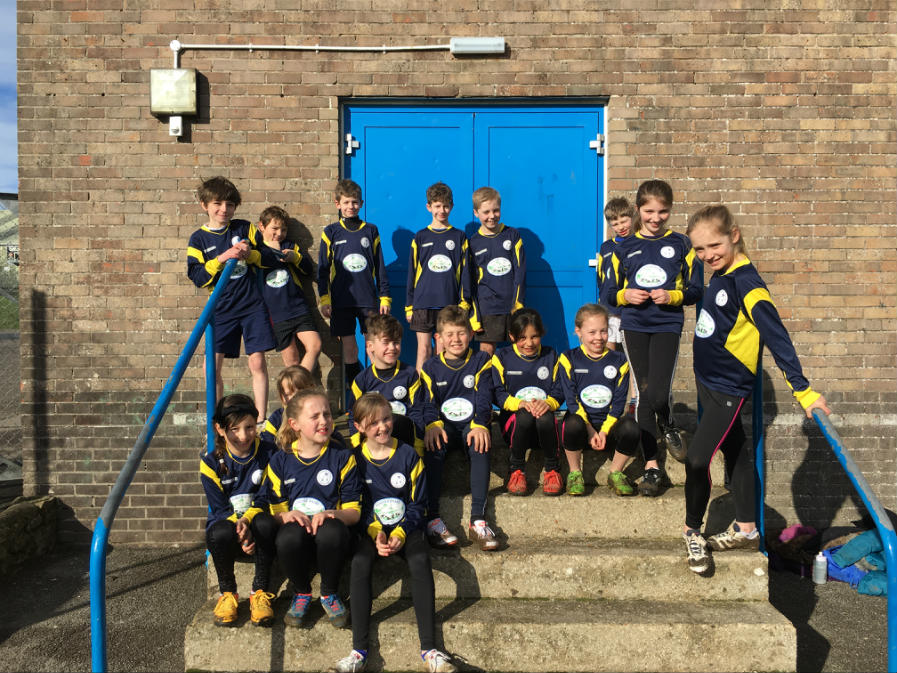 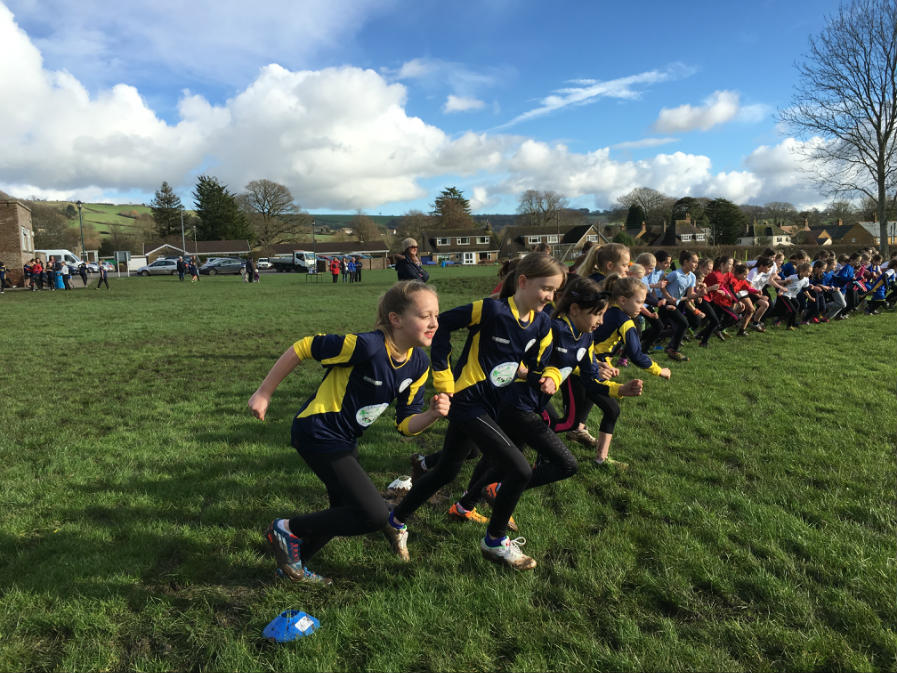 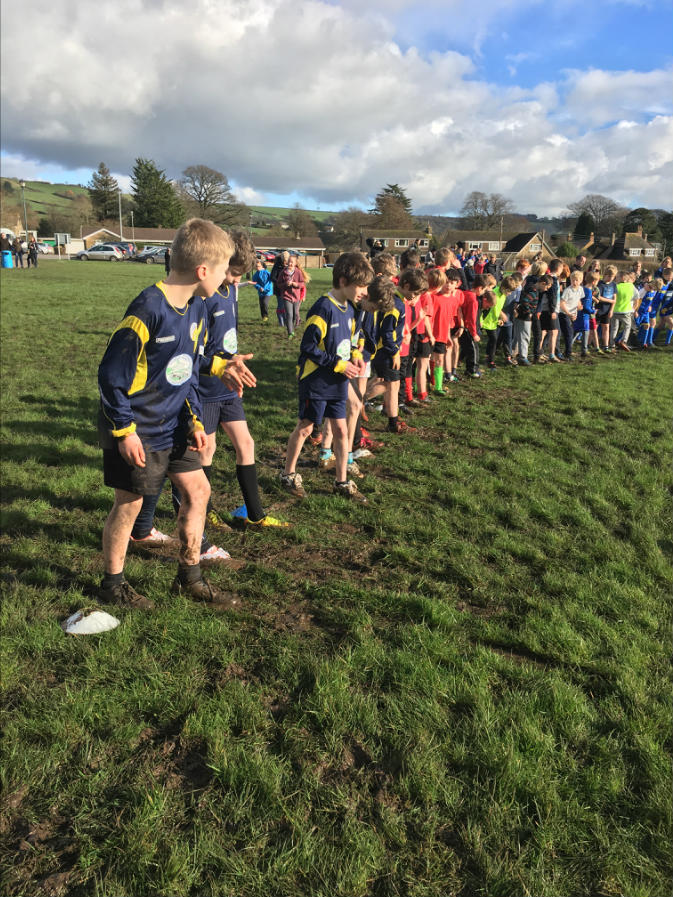 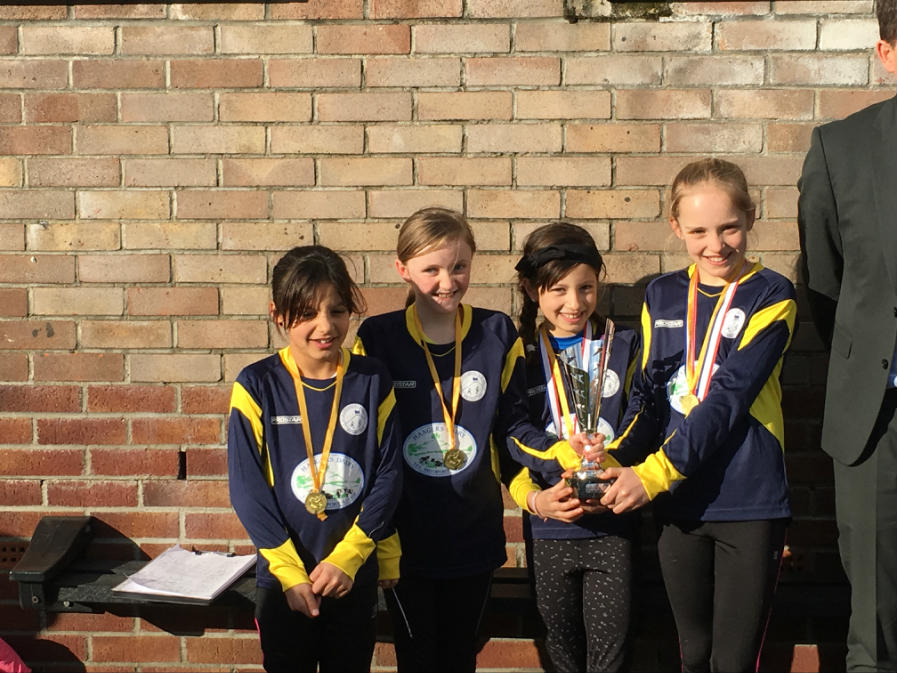 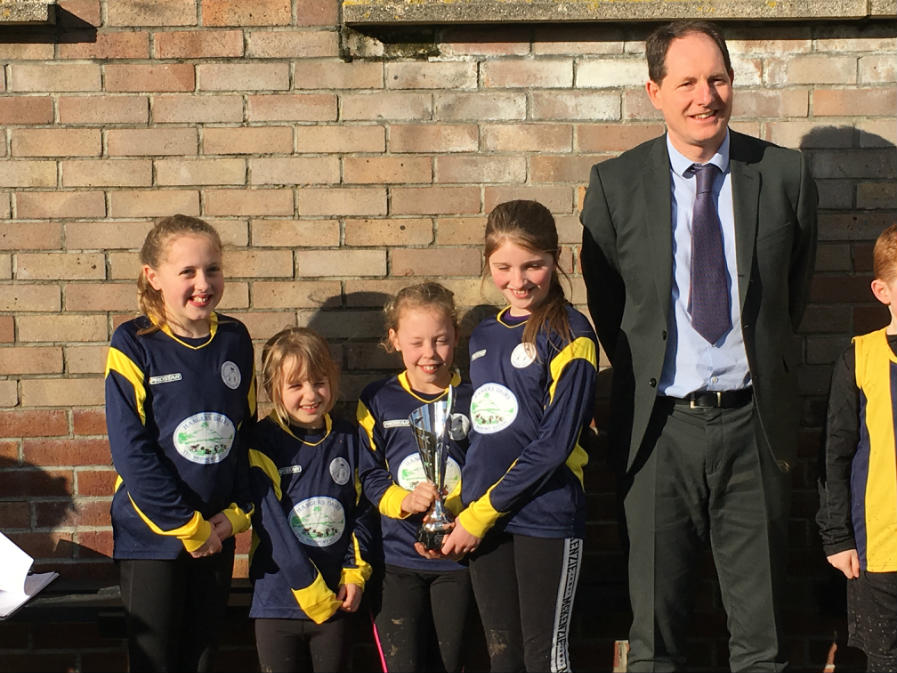 Following on from the success of the cluster run held here at Symondsbury. Our 8 fastest boys and 8 fastest girls headed out in wind and rain to try for success again. this time at Colfox.

For the last 3 years, we have been successful in the girls A team. This year was no different again. Our top 4 girls won the team event with Anise and Loveday coming 1st and 2nd place overall!

A huge congratulations to all our runners though who did themselves very proud and showed how strong and successful Symondsbury are.

Oh, as you can see, I shouldn't have given the camera to Ellie! 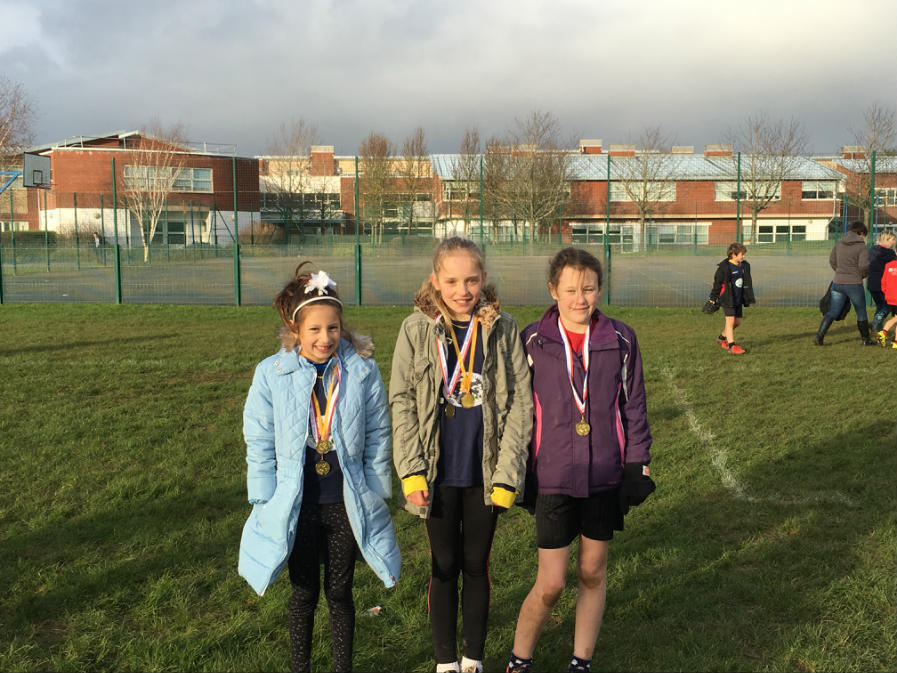 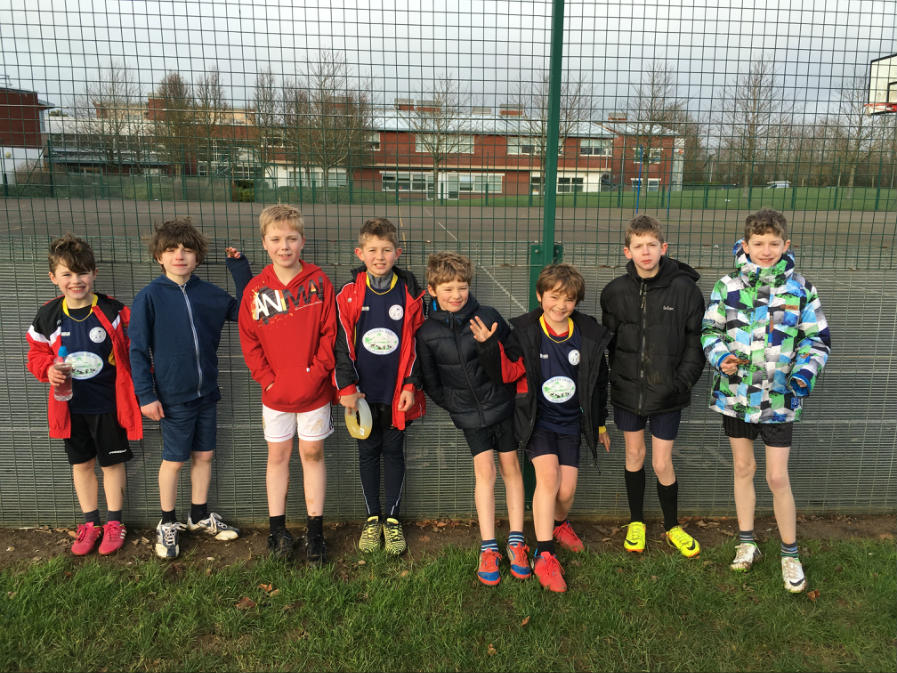 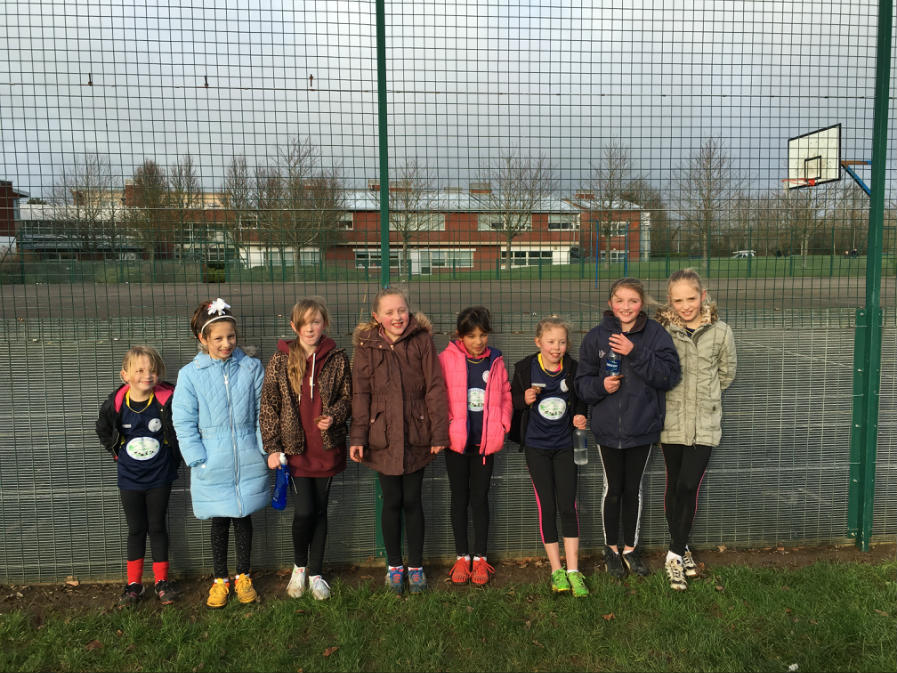